Report on the Second Global Summit on Religion, Peace and Security 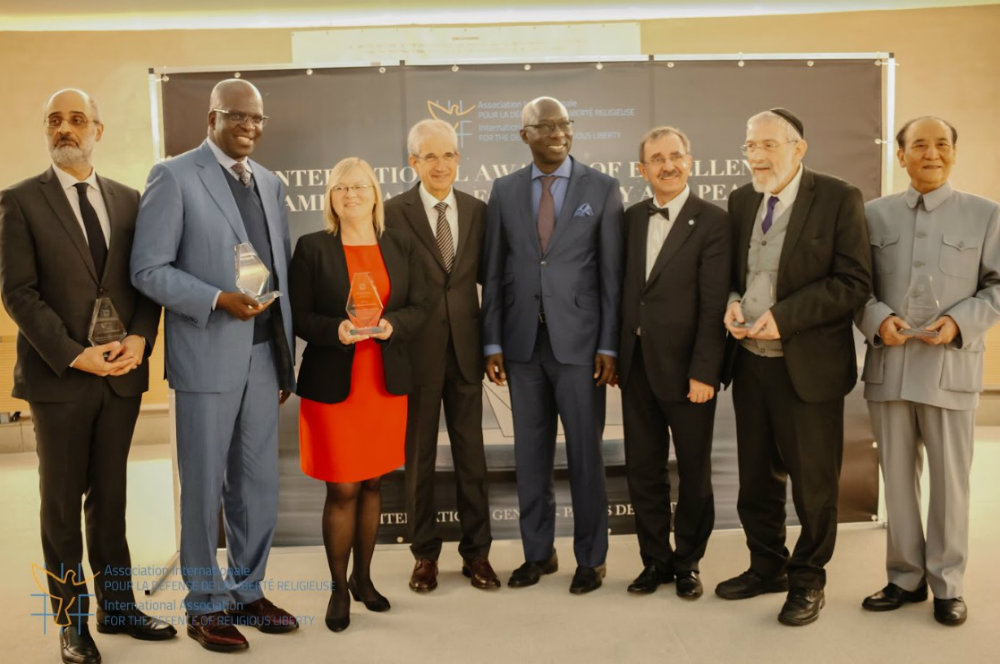 The United Nations Office on Genocide Prevention and the Responsibility to Protect under the leadership of His Excellency Mr. Adama Dieng partnered with Dr. Liviu Olteanu, Secretary General of the Association International for the Defense of Religious Liberty (AIDLR) to convene a second global summit on Religion, Peace and Security in Geneva 29 April to 1 May 2019.

Following the publication of a landmark plan of action for religious leaders and actors to prevent incitement to violence that could lead to atrocity crimes,[1] and an expert consultation entitled “Preventing Polarization, building bridges and fostering inclusivity” held on March 4th and 5th 2019, in New York, focused on the role of religious actors, the United Nations Office on Genocide Prevention and the Responsibility to Protect under the leadership of His Excellency Mr. Adama Dieng partnered with Dr. Liviu Olteanu, Secretary General of the Association International for the Defense of Religious Liberty (AIDLR) to convene a second global summit on Religion, Peace and Security in Geneva 29 April to 1 May 2019.This high-level event was well attended by dignitaries, ambassadors and high-level representatives at the Room XX at the Palais des Nations.

Dr. Liviu Olteanu’s proposal of a Dialogue 5 Model for collaboration of all sectors of civil society functioned as a framework for partnership between diplomats, politicians, religious leaders, academics and civil society representatives (NGOs). After input from attendees, the Dialogue 5 model was expanded to Dialogue 5+ to include media, business and other potentially relevant sectors of society (e.g. International multilateral organizations).

The main objective of the Second Global Summit was to establish an International Platform on Religion, Peace and Security aimed at connecting various relevant stakeholders, as well as enhancing their cooperation on matters related to peace, security, human rights and religion.

To this end, the overarching goals were articulated as follows:

The UN Secretary General’s recent call to action to transform the world beyond 2015is entitled “The Road to Dignity by 2030: Ending Poverty, Transforming All Lives and Protecting the Planet.” Specifically, this is a call to finish the global endeavors begun with the Millennium Development Goals (MDGs) and continued with the Sustainable development goals (SDGs).

To work and walk together on the road to dignity, a plan of action is being framed to help better the lives of millions of people and make this world a better place for all people, especially for migrants, displaced peoples and refugees.

Among the distinguished moderators of the sessions, the able leadership and thoughtful contributions of Dr. Simona Cruciani, Political Affairs Officer, United Nations Office on Genocide Prevention and the Responsibility to Protect, and Dr. Azza Karam, coordinator of the UN Inter-Agency Taskforce on Religion and Development, have to be noted with gratitude.

During the second global summit, seven people were honored with “the International Award of Excellence: Ambassador for Liberty and Peace ‘Jean Nussbaum & Eleanor Roosevelt’” in recognition of their leadership and dedication to peace, religious liberty and freedom of conscience for all. The awards were given by Mr. Adama Dieng, Under-Secretary and UN Special Advisor for the Prevention of Genocide and Incitement to Violence, along with Mr. Mario Brito, president of AIDLR and President of the Euro-Africa Division of the Seventh-day Adventist Church, and Mr. Liviu Olteanu, Secretary General of AIDLR.

The recipients of the “International Award of Excellence” were:

Kudos to His Excellency, Mr. Adama Dieng and his team and to Dr. Liviu Olteanu for his brilliant work and leadership as co-organizer of a successful second global summit. Attendees also noted the contributions of Ms. Fernandez and Dr. Olteanu’s family participation on logistics.

Continued good journey on addressing and contributing to key and relevant issues for the international community.

Reported by Dr. Ganoune Diop
Director Public Affairs and Religious Liberty for the
World Headquarters of the Seventh-day Adventist Church

Commentary: What Seventh-day Adventists face in Burundi Adventist Church locked in legal dispute with Fiji government Adventists Arrested in Burundi Have Been Released