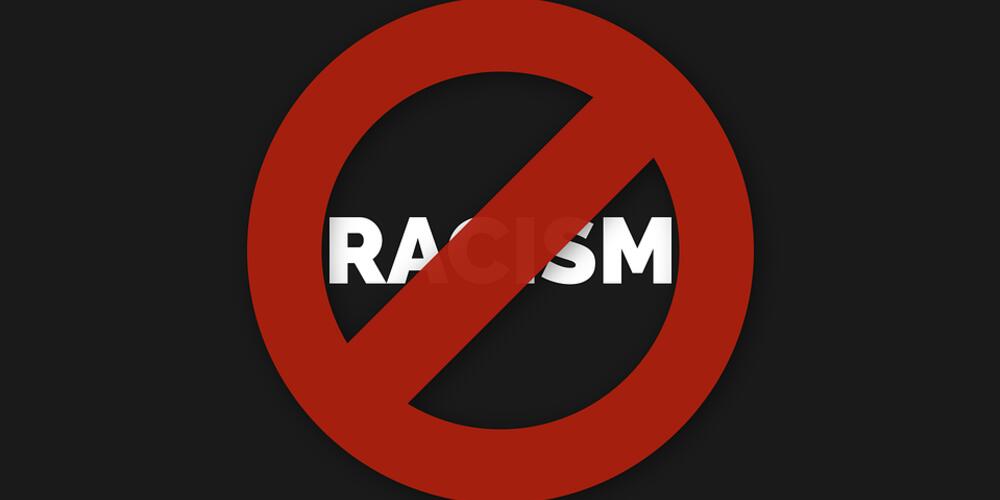 Deconstructing Racism as A Multifaceted Dehumanizing Personal and Social Disease

Subsequent to the despicable murders of George Floyd, Ahmaud Arbery, Breonna Taylor and countless others that add to the nefarious litany of crimes against people of African ancestry, the issue of systemic racism is back, calling the world’s attention to seriously address one of the perennial signs of inhumanity.

Root Causes and Justifications of Racism as Crime against Humanity
Racism, whether systemic or as a disorder in a person’s mental landscape, comes in many shapes and forms. The underlying premise of this toxic way of relating to people of African descent is the alleged inferiority of black people. This devaluation of the dignity of black people is manifested in the evil of evils, slavery. Slavery, as well as the segregation that was imposed upon African Americans, and the historic and current discrimination and unjust violent treatment of black people is based on and tends to perpetuate the myth of the inferiority of Black people. Justice has been shunned. Inhumanity instead seems to have been and still is the norm of human history. This will continue unless racism is debunked, dismantled and abandoned in all sectors of society and in the mind of the racist - the consciously racist and the one who has unconsciously given into and accepts the various subliminal messages that assert the inferiority of black people.

This presumed inferiority of black people has deep religious roots. Several partisans of the reduction of peoples of African descent into slavery evoke the Bible to justify this traffic. They consider the so-called anathema or curse against Ham and his descendants by Noah as proof that Africans, descendants of Ham, are by nature inferior to other peoples, and were predestined to the condition of slaves.

The Weight of History: The Dark Side of the Human Race
The deportation of Africans to various horizons by Arabs, Europeans, and by other Africans has been the evil of evils. The most conservative number of people reduced to slavery and exported is bewildering: 29 million persons were exported from black Africa as slaves-12 million by the trans-Atlantic slave trade, 9 million by the trans-Sahara slave trade, and 8 million from the East African coast. These numbers do not include those who died during these dehumanizing journeys. These are estimated at 2 million individuals. Moreover, these numbers also do not include the forced free labor or killings of millions of inhabitants of the so-called Free Congo annexed by the Belgian king Leopold II.

A Biblical Text Made Infamous
The so-called superiority complex of the racist, patronizing, infantilizing and paternalistic attitudes towards black people, even towards those highly qualified and in position of governance is partly informed by the mythical curse of Ham. However, incalculable damage has been done by those who have been socialized in churches that have not unequivocally confronted those dehumanizing narratives and is therefore partly responsible for the perpetuation of racist reading of Scripture. Conversely, there are people of all ethnicities who historically have resisted endorsing these racist interpretations of a biblical text., but the damage is incalculable.

Gene Rice wrote that “Of all the passages of the Bible, none is more infamous than Genesis 9:18-27. Many a person has used this text to justify to himself and others his prejudice against people of African descent. Indeed, it has been widely used to claim divine sanction for slavery and segregation. Often the location of the passage is unknown, and one is not familiar with the details, yet with the certainty of unexamined truth it is asserted that Bible speaks of a curse on Black people. And this notion has exercised a powerful influence precisely because its adherents by and large have been ‘good church people’. While the hey-day of this understanding of Gen. 9:18-27 was during the last and early part of this century, it persists to this day.”1

The consequences of the myth of the inferiority of black people linger today as seen in police brutality, economic disparities, and unequal opportunities for representation and governance. Black people seem to have to prove themselves worthy. That in itself is also a form of slavery showing a deep inferiority complex for those who buy into it instead of starting from a place of absolute self-worth revealed by the God of the Bible.

An Anatomy of Racism
Racism, whether at an individual and systemic corporate level will not just go away, precisely because it is rooted in a deep-seated belief in the inferiority, or subhumanity of black people.

Race is a social construct and therefore needs to be deconstructed. “There is no biological basis for the superiority or inferiority of any human being based on the amount of melanin in her or his skin.”2

The epistemological dissonance inherent in racism is also acted out in various injustices against black people. It is also a flawed ontology. It divides humanity into superior and inferior. Even though religions have at their core the concept of equality, this equality has been denied to black people by people who claim to be religious.

Racism is morally bound to be bankrupt. It defies the very notion of right when it comes to black people. A slave is not supposed to have rights. Black people in the minds of racists do not fit in the prism of rights, of dignity and respect. These principles and values of dignity, rights and respect, are inseparable from the reality of freedom. But since in the mind of the racist, whether consciously or unconsciously, black people are indelibly associated with slavery and inferiority, then it is no wonder that the legitimization of violence and even brutality, lynching and murder still lurk as part of the reality of systemic racism. The recent murders are part of a cycle of murders against black people whose predicament in America and elsewhere is still an ongoing gloomy reality.

The evil of prejudice is stubbornly and deeply ingrained in the minds of the racist. At times it appears to be part of a collective subconscious predisposition which does not need any proof.

But it is high time to challenge, to debunk and dismantle this evil. Failure to do so, catapults the human family into a new door of no-return.

The new form of populist, supremacist, inhumane and criminal mindset against black people which took its roots in the legitimization of violence against black people through misinterpreting of sacred texts is now being challenged. There is a global mobilization to push back these forces of evil. It is a moment when silence becomes complicity. It is also a moment of destiny. People are protesting in the UK, Germany, France, Australia and many other countries.

During these times, religious leaders and actors are called in no uncertain terms to distance themselves and to condemn any adherence to the theory of an alleged, intrinsic inferiority of black people, and of any justification for the subordination of black people to other peoples.

Unclean Record
Sadly, the record of monotheistic faiths is not clean.

Systemic racism paradoxically has its roots in misinterpretations of religious texts, not only the text on the curse of Ham but also texts in all three major monotheistic traditions, Judaism, Christianity and Islam. These misinterpretations have resulted in legitimization of injustices, instrumentalization of people of African descent, and slavery as crime against humanity. The widespread dehumanization of black people was expressed through five kinds of slavery: The transatlantic, the trans-Saharan, the Oriental and the Inner African slaveries. The latter being perpetrated by black Africans who adopted the ways of Arab Muslims as in the case of the sultanate of Sokoto.

What is Missing: The Global Embrace of the True Principle of Equality
The neutralization of racism and systemic racism starts in the mind but must also be expressed in the laws of every land. The principle of equality should not be just given lip service but rather fleshed out in how we relate to people. That is, with respect and beyond just respect, with a sense of circumspection before the mystery of life, in particular the life of every black person. It is not just that black lives matter, it is also imperative to come to embrace the truth according to which every black person is sacred. If we truly believe that humans are created in the image of God, then the tangible expression of this truth is the way we relate to every human being, especially to black people who have been robbed of this divine entitlement, prerogative and right.

Translating Beliefs into Legal Rights
In spite of progress in the area of legislation, systemic racism is still plaguing human life in America and elsewhere. An author accurately describes the following:
“Housing discrimination is illegal, but our neighborhoods still suffer a high degree of racial segregation. Employment discrimination is illegal, yet we don’t even have a term like "glass ceiling” to describe the exclusion of blacks from the top echelons of corporate governance. School segregation is illegal, yet public school demographics track with housing and schools and have never fully desegregated. Systemic racism is perhaps most clearly visible in the relationship between blacks and law enforcement.”3

The demand for justice is unquestionably legitimate and urgent. It is long overdue given the pattern of abuse so deeply ingrained in the minds of the perpetrators of such crimes. It should be unequivocally voiced. Not doing so would legitimize ills and evils perpetrated by racist supremacists or by a collective disease based on a subconscious supposition that black people are inferior. Racists would even add injury to wounds and traumas, by claiming that black people are born with moral deficits and are therefore suspected of being criminals because of the color of their skin. Police officers who violate black people’s integrity, whether physical, emotional, intellectual, social, may have bought into the legitimization of the dehumanizing treatment of black people. It is time to give credibility to our justice system and to our religious beliefs.

Until every black person is recognized as a part humanity, worthy of respect, deserving the enjoyment of freedom of conscience, freedom of safety in public, humanity will not fulfill its deepest vocation, which is to live in solidarity with all members of the one human race.

Seventh-day Adventists have a rendezvous with history as we show genuine solidarity with the whole human family, people of every tribe, people group, nation and tongue. Are these not the intended recipients of the so-called “Three Angels’ messages? Is this not inscribed in our very name with a direct reference to creation of one human race?

Let us then go back, past Shem, Ham, and Japhet to Adam. Better yet, let’s fast forward to the Coming New Adam: Our Lord and Savior Jesus Christ.

Meanwhile let there be no more stigmatizations and murders of black persons. Let us all mobilize so that the mental madness of prejudice and racism will cease.

Ultimately, the solution is the Advent of God’s Kingdom at the Second Coming of Jesus Christ.
So we pray: “Come Lord Jesus.”

This article was first published in the Adventist Review under a different title.

Related Content
Not Everything Published Online is Truth Religious Liberty in a Time of Crisis As the World’s Attention is Focused Elsewhere, Religious Freedom Abuses Continue Thinking ‘Adventistly’ About Politics The PARL Team is Still Working for You Covid Lessons—Traveling Safe
Dossier
Departments
Featured
Common Resources