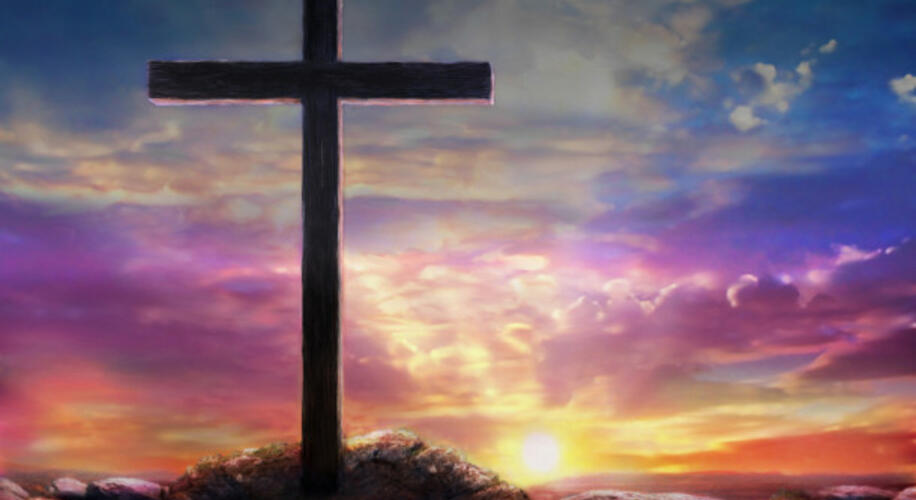 Religious Liberty in a Time of Crisis

As authorities around the world struggle to respond to the global spread of COVID-19, governments at every level—from local to national—have issued new and, in some cases, unprecedented, directives that touch on almost every aspect of our daily lives. In many countries, governments have closed non-essential business and restricted the size of public gatherings or banned them outright. In many cases, they’ve issued stay-at-home orders that are being enforced by law.

For those who advocate for civil rights—especially for the freedom of religion or belief—the current reality raises difficult questions. How far and for what reasons can a state curtail freedom of assembly and movement and other fundamental freedoms? Can a government really forbid in-person religious meetings and send police to break up church gatherings? Doesn’t this raise serious religious liberty concerns?

Over the past few weeks, our office at the General Conference Public Affairs and Religious Liberty department has received many questions about when, and how far, a state can legitimately restrict civil liberties, including religious freedom. Here are some of the most frequent questions, along with some principles that can help us understand our civil rights in a time of COVID-19. Of course, for information that’s specific to your country you can always contact your local conference or union PARL leader.

Doesn’t the government have a responsibility to protect fundamental civil rights, including my right to believe according to the dictates of my conscience and my right to gather with others for worship?

Yes. Under international human rights law, it’s clear that protecting religious freedom and other related civil rights is a core responsibility of the state. The International Covenant on Civil and Political Rights (ICCPR)—a key international treaty that has been ratified by over 170 countries—lists many of these rights. These include the freedom of movement (Article 12), which is the right to leave any country, to enter the country of your own nationality, and to move freely within the borders of any country where you’re legally present. There’s also the right of peaceful assembly and freedom of association (Articles 21 and 22). And for those who advocate for religious liberty, Article 18 contains a crucial freedom: the “right to freedom of thought, conscience and religion.” Under the ICCPR, “[t]his right shall include freedom to have or to adopt a religion or belief of his choice, and freedom, either individually or in community with others and in public or private, to manifest his religion or belief in worship, observance, practice and teaching.” These fundamental civil rights are also reflected, often in similar language, within the national constitutions of many countries around the world.

So, how can a government forbid religious gatherings?

The short answer is that some fundamental civil rights—including some religious freedom rights—are not absolute in every circumstance. While the realm of conscience and religious belief can never be imposed on by the state, there are some circumstances in which someone’s ability to act on those beliefs may, in the face of another paramount public need, be subject to reasonable and appropriately shaped restrictions. This distinction—between inner conscience and external actions—has deep roots in law and philosophy and is currently expressed in both international law and the law of many nations.

What sort of public interest could possibly justify such extraordinary government interference? In the words of Article 18 of the ICCPR, the freedom to act on one’s beliefs can be “subject only to such limitations as are prescribed by law and are necessary to protect public safety, order, health or morals or the fundamental rights and freedoms of others.”

Similar provisions can be found in many national constitutions, where a compelling public interest may give the state authority to impose limits on civil rights, including the right to exercise one’s religious freedom.

Thus, in the face of a global pandemic, unprecedented in recent times, limits on the size of public gatherings and restrictions on one’s freedom of movement—measures that are driven by serious public health concerns—can be justified, even if these restrictions impact the ability of believers to gather together for worship.

Most religious communities have readily accepted these restrictions as part of the broader community effort to combat the spread of COVID-19. People of faith, as caring and responsible members of society, are eager to do whatever necessary to ease pressure on public health systems and protect individuals who are particularly vulnerable to illness, and so willingly accept temporary limits on their ability to carry out “business as usual.”

But doesn’t this open up the possibility that a government could overreach or abuse their power, and limit religious freedom in ways that aren’t justified?

Although, under international law and the law of many nations, a state may restrict a civil right in the interests of public safety or welfare, that doesn’t mean this power is unlimited, or that a state is allowed to exercise it in an arbitrary or discriminatory way.

Under the Universal Declaration of Human Rights, the ICCPR, and other international treaties that protect human rights, courts have defined approaches for determining if government actions limiting freedoms are legitimate. Similarly, the courts of most nations have specific tests they apply to ensure that restrictions to constitutionally protected civil rights are legal. Although the wording and approaches for these tests differ from country to country, in very general terms, they tend to be shaped by a few key principles. Restrictions on civil rights will, in general, be legitimate it they are necessary to meet a compelling public interest, if they’re proportionate to the need and the least intrusive way to meet that need, and if they are non-discriminatory in both intent and application.

In the current pandemic, then, any restriction on civil liberties must, in general, be narrowly tailored, directly linked with a legitimate public health goal, implemented in an even-handed manner and be the least restrictive means possible to protect public health.

It is, admittedly, a fine line that governments must walk as they attempt to both uphold civil freedoms and act responsibility to protect public health. These are not easy decisions.

However, any use of the COVID-19 emergency as a cover to target a particular religious or ethnic minority, or to quash dissenting voices, can never be justified. And further, a sweeping and open-ended suspension of civil rights by a government in ways unrelated to issues of public health also represents a dangerous and illegitimate use of state power. In some places around the world, fears of government overreach are not imaginary dangers but are already being documented.

People of faith can help in this difficult time by accepting legitimate, temporary restrictions, remaining alert for overreach or for discrimination that targets any minority group, and by advocating for the full restoration of civil rights whenever it’s safe for restrictions to be lifted.

Apart from the issue of freedom to gather for worship, does the current COVID-19 crisis raise any other issues related to our church’s public affairs and religious liberty ministry?

Yes. There are a number of situations the COVID-19 pandemic has created or exacerbated that should concern people of faith.

Throughout history, in times of crisis, a knee-jerk human reaction has often been scapegoating and stigmatization—forces that have often led to tragic outcomes. Today, we see similar dynamics at play and since COVID-19 first began to attract global attention, there has been an explosion in the numbers of reported cases of abuse and discrimination against those who are of perceived Asian descent.

What can we do? We can combat rumors, conspiracy theories, and the use of stigmatizing speech. There is no excuse for any attempt—either direct or indirect—to link the current pandemic with a particular ethnic or racial group.While the origin of the virus has been linked to a geographical location, this does not mean that those from any particular racial or ethnic group are at greater risk of infection or of spreading COVID-19. Using racial or ethnic labels in a derogatory way, blaming any group for the virus, or treating people of Asian descent differently, is simply wrong and should never be tolerated. Such actions are incompatible with a biblical worldview which understands that every human being is a unique and much-loved child of the Creator.

We have an opportunity in this difficult time to speak out for those who are enduring discrimination and stigmatization, and to help foster a civil discourse that is defined by compassion and respect for human dignity.

There are a number of groups that are uniquely vulnerable to COVID-19. Already, humanitarian organizations are calling attention to the potential disaster looming within crowded immigrant detention centers and refugee camps around the world, where social distancing and good hygiene practices are almost impossible. These men, women and, children—trapped in a legal no-man’s-land—are utterly dependent on public officials to take immediate measures to ensure their safety and to provide adequate health care.

We can and should speak on their behalf. They have very few ways to make their own voices heard, but we can advocate for them with our public leaders and elected officials.

Similarly, around the world, members of poverty-stricken communities have an increased risk of infection, whether because of crowded housing, reliance on public transport, or a need to keep working regardless of the dangers. And at the same time, if they do fall ill, those trapped in poverty are less likely than others in the community to have access to quality health care. The sobering reality is that those in low-income communities are more likely to be exposed to the virus, have worse health outcomes, and suffer greater economic distress. Already, organizations that provide food and care for homeless and low-income people are sounding alarm bells as demand for their services has increased dramatically.

What can we do? We can, as far as possible, provide financial or other support for community service organizations, and continue to support international humanitarian organizations such as the Adventist Development and Relief Agency. We can also advocate with our public and elected leaders, urging them to prioritize the needs of the low-income members of our communities.

In difficult times such as this, it’s easy to let our response to be conditioned by fear: fear for our families, for our health, and for what the future may bring. I pray that in our response to the unfolding challenges of the COVID-19 pandemic that we, as a church and as individual followers of Christ, will choose instead to respond first with compassion and with a desire to be salt and light in our hurting communities. In place of fear, may the peace of God, which transcends all understanding, guard our hearts and minds (Philippians 4:6-7) as we give our anxieties to the One who holds the future in His hand.

Related Content
Not Everything Published Online is Truth The PARL Team Is Still Working For You As the World’s Attention is Focused Elsewhere, Religious Freedom Abuses Continue Thinking ‘Adventistly’ About Politics
Dossier
Departments
Featured
Common Resources